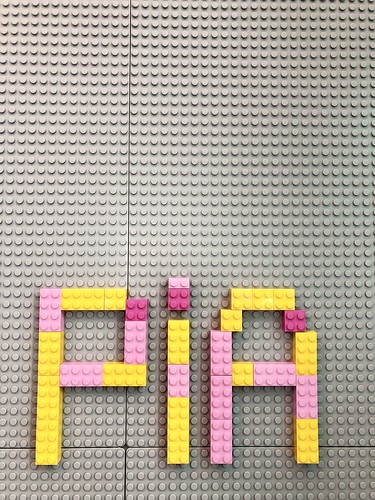 I wish my one month silence in blog was due to fantastic and dreamy news, but alas September turned out to be a pretty sh*tty month.

The fun and inspiring things I've also done were overshadowed by the fact that The Job that was truly dreamy on paper, with a great interview and some anxious yet rare I-know-this-is-mine-feeling waiting turned out to be a really disappointing process. Simply a short "we chose someone else" without any explanation to the whys (which is standard procedure in Sweden, at least when you're one of the few they chose from, in these case three persons). So I asked, with no reply. Which says a lot about the company culture.

As I mentioned, the ad was basically a carbon copy to what I'm looking for and what I'm offering. The position was as head of communication in a company working with sustainable innovation. It screamed my name. Didn't get it. Was truly disappointed, since every job I've applied for since I decided this is what I must focus on now have been good enough, but not great. This was great, on paper. The reality was another story.

And even if I had good advance information which gave some warning signals, I also know different personalities react to different things and I prefer to talk to people and experience things myself. Turned out the information I got was spot on, alas. And the ad most certainly didn't convey the truth of the company.

What I learnt though, is that THIS is just the position and kind of company I must pursue. However that might be easier said than done since I've never seen an ad, or heard of a similar company/position, before. So many boxes were ticked, on paper. The reality was something very different.

And after getting the news I honestly felt so low, that only the thought of picking myself up, focus, feeling inspired enough to continue looking, got be exhausted. I don't want to feel this jaded, but right now that's how it is.

But the hilarious, endearing incident that happened before the interview still makes me giggle. I bought a coffee (in my KeepCup to go of course) and the barista was extra chatty. And somehow I ended up telling him I was on my way to an interview and bought coffee for extra oumph. He just stared at me and spontaneously said "But you don't need any extra oumph, you're full of oumph already!". I laughed and thanked him for both compliment and coffee. Even if, despite my built-in oumph, I obviously didn't impress at the interview - or who knows, it might have been too much of a good thing.

On the last day of September I began a new little web project gig, with people I trust and like a lot- This will be fun and hopefully just as enjoyable as work and collaborations should be. And not least, as things currently are, good to focus on nice work matters instead of dwelling over things that weren't meant to be. And seriously, I'm too good at what I do to dwell on what I possibly were deemed to lack at the interview. The company was clearly not worth my time, energy or work. And that's that.

Even if this search process is incredibly draining, and I do wish there would be more positive lessons learnt instead of the opposite.

On the positive September side, in a few words -

Västerås day trip. Turned out that the train ride there from my home took less than one hour, the equivalent of how long it takes to get into Stockholm city. It's nice to live in the outermost suburbs, Sweden seems closer than just Stockholm somehow. Spent the day there, on one of the last few warm and sunny Indian summer days. Walking around the city, which is much nicer than I remembered from the plethora of cat shows I've attended years ago. A lovely museum visit with an exhibition called Age Rich, about old age, all the experiences and wisdom we as a society don't care much about. As youth is celebrated and ageism rules. It was a soul soothing day on so many levels.

Vegan cooking class. Yes, it was finally time and it was lovely, unpretentious and the food turned out great. There were 15 of us and I was definitely the most experienced in vegan cooking. But I still learnt some tricks and tips. Well spent evening.

14th Blogoversary. September 8. Missed it completely. But there you are, happy blogoversary dear blog, thank you for being my little personal public room to share, sort and rant still.

Broken arm anniversary. September 18. A year ago I had a broken arm and life was a new kind of rough. But I got myself through that too. Some days the arm and wrist feels pretty normal. Others it can be a bit sore. But well, even if'll never be 100% as it was before the unfortunate cat related accident, I'm still ever so grateful I said a firm no to an operation, with all the risks that would have entailed and of course no guarantees for a 100% outcome.

Downton Abbey movie premiere. It was a nice couple of hours spent on Friday the 13th. But you might as well wait for the DVD or streaming.

Inspiration lunch on Digital behaviours. Those lunches at a Stockholm book store including a delicious vegan salad are most always a great thing. This time the authors were very entertaining as well.

World Clean-up Day. This was a more infuriating that good event. The organisation Håll Sverige Rent (Keep Sweden Clean) really made an engaging mark during my childhood. Kids and grown-ups alike in general back then, knew how to throw trash in bins and keep the streets and nature clean. Schools and companies were involved in regular campaigns. Now the NGO is doing a really crappy job with visibility and marketing.

My mum and I were out for 3-4 hours, filled 6-8 bags with trash, in an area that wasn't that large. Noone else out and about picked trash and noone we talked to knew that it was World Clean-up Day. Imagine if everyone that attended the Climate Marches also picked up a bag of litter, that would make a huge difference.

In the end we were too tired to pick up more trash, the absolute majority being cigarette butts - idiot smokers are obviously careless, selfish idiots on so many levels - but I felt so ashamed walking past all the littering. I'm not the one littering, but feeling so ashamed of how the human race have polluted our one and only planet and continue doing so by being ignorant and stupid.

Reading. Finished 5 books in September. And begun reading 3 more. So grateful I at least haven't lost my reading mojo amidst the lack of mojo in other areas of my life currently.

Decided to start my October with a new hair colour. This time I went with Bright Red, from Maria Nila. I can see it'll be very visible in daylight. Unfortunately I got a bit too much of the colour on my forehead and on my ears too. That'll be an interesting new look for me.

September, writing things down I realise you held some great stuff too, but the early days disappointment has still been covering you like a big, wet, suffocating blanket. So thank you for the good days, but really, I'm very glad to say bye bye.

Dear, October, darling birthday month, can you pretty pretty please bring 31 days of happiness and at least a few of immense joy!? So much gratitude in advance.
Pia K at 11:55 pm
Share

Do note that offensive comments or spam will not be published. Want to disagree, do so signed and with good manners.

Other than that, truly lovely to hear from you ~