give me good vibes 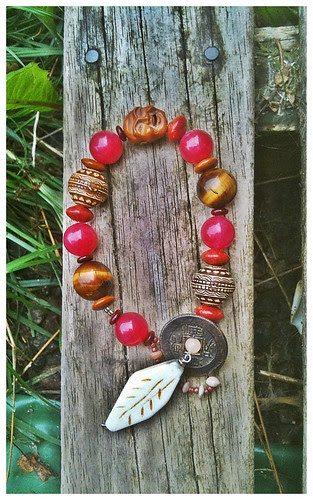 Today I celebrated sunny colours, I wore orange (blouse, Elvira the handbag), red (skirt) and yellow (happy shoes). I felt indeed rather perky on this gloomy, humid late summer day.
I then went to a kind of dreaded meeting (hate them, but as things sadly are I have to go to them) which turned out to be quite mindblowing instead. It made me both laugh and cry –

f-ck “Landet Lagom”, that is Sweden. The saying can be translated to something like “The Country of Modest~Just enough~Temperate” where one should never show too much feelings, want too much, think one’s skillful in something. The home of the Jante Law (which I’m sure is true about many countries, but more often than not it does feels like a very Swedish thing) -

and yes, my spirits had lifted somewhat more when I went from said meeting.

Today was also a day of wearing the autumnal bracelet, I made a couple of years ago, a mix of semi-precious stones from far, iddy-biddy rocaille beads, antique coin, silver and hand carved pieces from China (which kind M brought me from a business trip) including a little Buddha guy. He constantly laughs and I chose to take that as a good sign of good vibes. 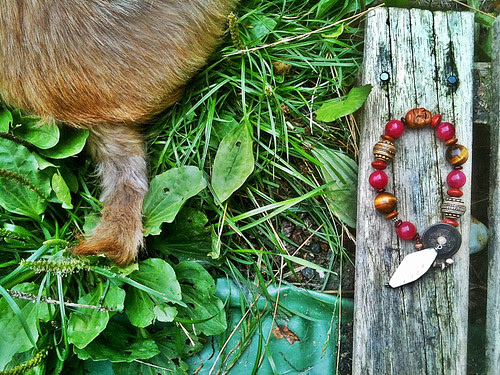 Wag the Loaf Tail and Buddha the Bracelet, the former give good vibes every day, the latter I should obviously wear more often for same reasons.
Pia K at 11:00 pm
Share

Do note that offensive comments or spam will not be published. Want to disagree, do so signed and with good manners.

Other than that, truly lovely to hear from you ~